Wake services will be Wednesday, October 12, 2005 at 7:00 p.m. with visitation following at the Peterson Mortuary.

Frank Ross, of Glenwood, Iowa, formerly of Emmetsburg, Iowa, entered into eternal rest on October 10, 2005 at his home . He was born January 28, 1931 in St. Paul, Minnesota to Frank and Martha (Drost) Ross. Frank graduated from Cretin High School in St. Paul, Minnesota in 1959. He earned his bachelor’s degree from St. Thomas University in St. Paul in 1963 and completed his court reporter schooling in 1963. Frank faithfully served his country during the Korean Conflict in the Army.

On May 6, 1961, Frank was united in marriage to Betty Lou Lyons in Plainview, Minnesota. To this union three children were born, Valerie, Julie and Steven. The family moved to Glenwood from Emmetsburg in 1980. Frank was employed as a court reporter for 30 years in the Third Judicial District. Playing tennis, chess, the harmonica and reading were some of his favorite pastimes. 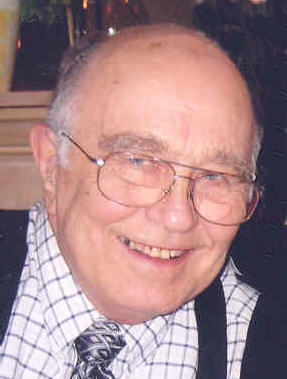