Joan Gaenelle “Jody” Sell, 88 of Omaha, Nebraska, formerly of Glenwood, Iowa entered into eternal rest on April 4, 2018. She was born on April 11, 1929 to Leon and Irene Burchett in Afton, Iowa. Her Dad worked for the Burlington Railroad and moved the family to Pacific Junction, Iowa in 1937. They moved to Glenwood in 1940 where she attended and graduated from Glenwood High School in 1946.

She was united in marriage to Lyle Sell on October 12, 1947. To this union three children were born, Randy, Suzanne and Larry. She enjoyed raising her family and was a wonderful cook and pie baker. Jody and Lyle were members of the First Congregational U.C.C. in Glenwood.

Memorials may be directed to First Congregational UCC, Glenwood, Iowa. 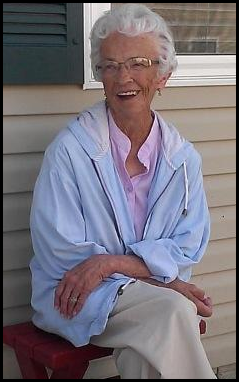