James “Jim” Mahlon Boyer, Sr. 87 of Silver City, Iowa passed away September 11, 2019 in Omaha, Nebraska. Jim was born on May 11, 1932 in Glenwood, Iowa to Loran Merle and Cora Virgelia (Filbert) Boyer. Jim was raised in Silver City and graduated from high school there in 1950.

Following high school graduation, Jim faithfully served his country in the Army during the Korean Conflict. Jim returned to Silver City after his honorable discharge and began farming in partnership with his dad. On September 8, 1963, Jim was united in marriage to Phyllis Adair at the Silver City United Methodist Church. To this union three children were born, Teresa, Laura and James, Jr. Jim was a true steward of the land with a passion for farming and watching his crops grow into a bountiful harvest. He enjoyed gardening, tinkering around the farm, and his little buddy, “Dottie Dog.” When asked what his hobbies were, Jim’s family replied, “Work and the St. Louis Cardinals!”. Jim was a member of the Ingraham Straight Shooters, Masonic Lodge, Silver City United Methodist Church, and he volunteered for both the Silver City Fire Department and Ambulance. Aside from farming, one of Jim’s many other talents included making and refinishing furniture. At every opportunity, Jim truly enjoyed visiting with his neighbors, family and friends. 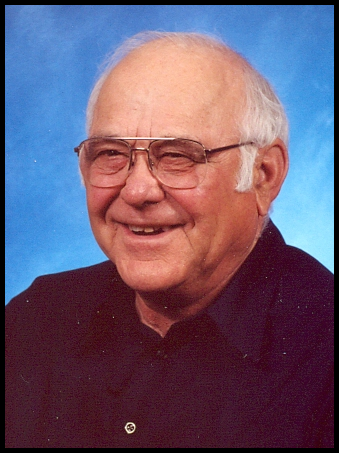