Dean was raised in Thurman, Iowa and received his Bachelor’s degree from Peru State and his Master’s degree from U.N.O. Dean was united in marriage to Lois Jane Lathrop on August 25, 1954 in Indianola, Iowa. To this union their son Todd was born. Dean was drafted into the Army during the Korean Conflict. He was assigned to the Common Wealth where he earned three Bronze Stars. During this time, he attended school in Japan. Dean was a member of the Harvey T. Rimel Post #141 Glenwood American Legion, Tabor V.F.W and the Elks Club.

After Dean and Lois were married, they resided in Calexico, California for seven years before moving to Glenwood in 1967.

Dean was a teacher and coach for many years. He was one of the first hired at Iowa Western Community College, where he became the director and set up counseling services as well as the athletic program. Dean was honored in their Sports Hall of Fame. He was a sports enthusiast and an avid golfer earning Club Champion awards many times. Dean never met a stranger and enjoyed visiting with his family and friends.

Preceding Dean in passing were his parents and brothers Bill and Don. Survivors include his wife Lois Prather of Glenwood, Iowa; son Todd and wife Sandy Prather of Watsonville, California; granddaughter Jeannette and husband Eric Bent and their sons Eli and Luke of Scotts Valley, California; extended relatives and friends.

Graveside services with Military Honors will be held at a later date in the Thurman Cemetery, Thurman, Iowa.

Memorials may be made to Iowa Western Scholarship Fund in memory of Harold Dean Prather. 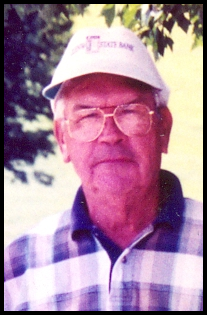