Following high school, Cliff faithfully served his country during the Korean Conflict. He attended the Universal Trade School in Omaha, Nebraska and worked at the Treynor Farm Supply until he began farming. He was a steward of the land and dedicated his life to farming and his family. He was united in marriage to Della Marlene Slater on May 19, 1957 in Glenwood, Iowa. To this union four children were born; Daniel, Jeffrey, Linda and Lisa. The family was raised on the farm in Silver City.

Cliff and Marlene attended the Silver City United Methodist Church where he was on the board of trustees. He was a member of the Silver City American Legion, Masonic Lodge and the Malvern School Board for 17 years. Cliff spent countless hours volunteering in community service always helping his friends and family when needed. He loved his Nebraska Cornhuskers and following his grandkids sporting events. He enjoyed spending time at the coffee shop with his friends. 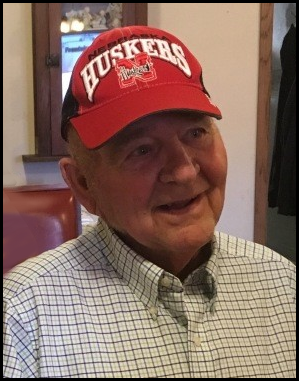